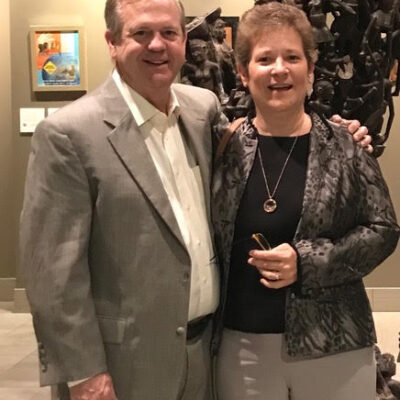 Pastor Wayne is from Victoria, Virginia, a small town south of Richmond where his 86-year old mother still lives. His first appointment with the United Methodist Church was in the Farmville District just 20 miles from his hometown, in Chase City at the West Mecklenburg Charge. After four years at West Mecklenburg, he became the founding pastor of Messiah UMC in Great Bridge, in the Norfolk District (now the Elizabeth River District). He was at Messiah for 10 years with the congregation growing to an average worship service of 273. In 1996, Pastor Wayne moved to Sterling, Virginia in the Arlington District where he served Galilee UMC for 18 years. During that time, the church grew to a multi-site congregation with average worship attendance of close to 500. In 2014, Bishop Cho appointed him as the Elizabeth River District Superintendent where he served until the end of June 2021. He was chair of the Virginia Conference Church Development Team for six years and served with the Northern Virginia Bi-District Board of Missions for 16 years.
Wayne and his wife, Beth met at Ferrum College. They have three children and four grandchildren. Preaching and visionary leadership is his passion along with loving people of all ages. He is a very relational and fun-loving guy. When he is able or asked, he loves to play golf and go on mission trips