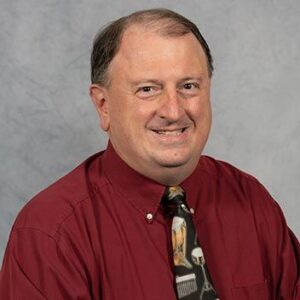 John McAlister directs the Trinity Children’s Choir and Orff Ensemble, and plays and sings with the Hyperlink Praise Band.  Outside of church, John is the instrumental music teacher for The Steward School in Richmond, VA, where he began the instrumental music program in the Fall of 2002.  John has taught band and/or choir for West Point, Mathews, Spotsylvania, and Henrico County Public Schools at the elementary, middle, & high school level over the last 30 plus years. He is a native of Fairfax, VA and a graduate of James Madison University, where he received a Bachelor of Music Education degree with an emphasis on percussion performance.  As a performer, John has played with the Henrico Theater Company, CYT Christian Youth Theater, the Kings of Swing, worked full time as a musician and band leader for Kings Dominion, and is currently the director of the Richmond Cadet Alumni Band.